Nominate a Deserving Individual in Oshawa

Nominations have closed. The submission deadline was extended to Friday, October 28, 2022 at 5:00pm. More than 200 nominations were received. Thank you to every individual who participated. The successful nominees will be notified in mid to late November.

Note: This recognition program was launched in July 2022, prior to the passing of Her Late Majesty.

Throughout 2022, Canada celebrates the Platinum Jubilee of Her Majesty Queen Elizabeth II, marking her 70th anniversary on the Throne. 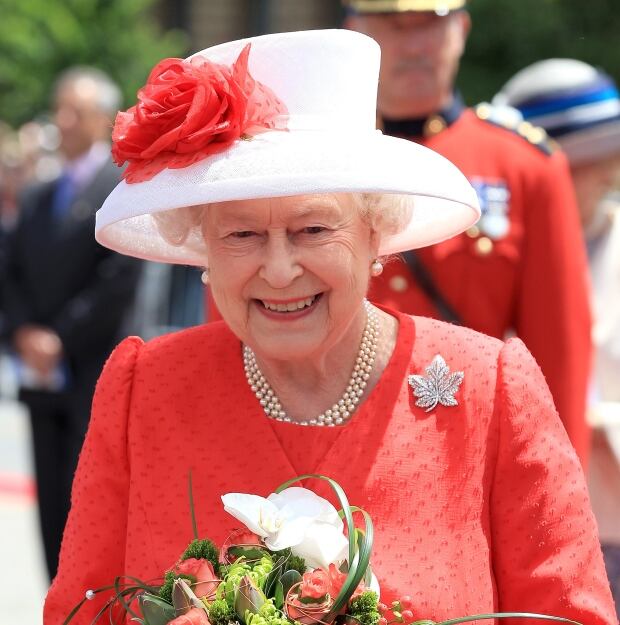 To commemorate this historic milestone and honour Canada's close relationship with Her Majesty, Colin has the privilege of presenting 50 Platinum Jubilee Awards to residents of the Oshawa riding who have demonstrated a commitment to strengthening our community and improving the lives of their neighbours through voluntary service across a broad range of fields.

These Awards, in the form of a special commemorative pin and accompanying certificates, will pay tribute to 50 Oshawa residents of all ages, backgrounds or walks of life who embody the qualities of selflessness, dedication, service to others and commitment to building a caring and supportive community.

If you have a friend, relative, co-worker, fellow volunteer or neighbour who deserves special recognition for their exceptional voluntary contributions, please nominate that individual now.

1.  Shall know the individual they wish to recommend and be directly aware of the Nominee's volunteer contribution(s);

2.  Shall know the Nominee well enough to be able to furnish the Member of Parliament with the individual's contact information and details of the Nominee's volunteer activity(s). Nominations with incomplete information for either the Nominator or Nominee may be rejected; and,

3.  Is NOT required to reside within the Oshawa riding. 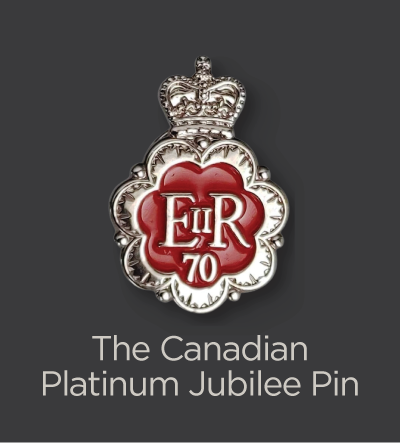 1.  Shall be a living Canadian citizen or Permanent Resident of any age whose principal residence is located within the federal electoral district (riding) of Oshawa. The Oshawa riding is comprised of the entire portion of the City of Oshawa lying South of Taunton Rd, including all residences located on the South side of Taunton Rd. For added clarity, please see this map. Posthumous nominations or self-nominations will not be accepted;

2.  Will have performed their volunteer activities principally within the Oshawa riding and/or the City of Oshawa primarily for benefit of our local community;

4.  Shall NOT have been previously recognized for the same activity(s) with an order, decoration or medal in the Canadian Honours System including, for example, the Sovereign's Medal for Volunteers, Meritorious Service Decoration (Civil Division) or Ontario Medal for Good Citizenship, etc. In this way, the Member avoids the unfair practice of 'duplicate recognition' for the same activities. An official honour is any order, decoration or medal that forms part of Canada’s Order of Precedence;

-  Volunteer activities that are closely related to the Nominee's paid employment or undertaken with the primary purpose of promoting their paid employment;

-  Caring for a foster child or foster animal, because foster parents are remunerated for their services;

-  Officers working with the Canadian Armed Forces Cadet Instructor Cadre (CIC), because they are typically paid 25 to 35 days a year. Should you wish to nominate a CIC officer to recognize voluntary efforts outside of their paid work with Cadets, the nomination must not reference paid duties with Cadets;

-  Elementary and secondary school teachers generally participate in extra-curricular activities as part of their job. Thus, in cases where the individual's paid profession is teaching at any level, the Nominee's volunteer work must be with an organization(s) outside of the school or institution where they are normally employed;

-  Political activities, paid work in the civil/public services or a trade/professional union, or public advocacy work should not be included; and,

-  Individuals who currently hold elected office at the municipal, provincial or federal level are not eligible. However, a volunteer contribution that occurred during the period in which a Nominee did not hold elected office shall be considered; and,

Some other activities, though often performed voluntarily, should not be included in an individual's nomination:

-  Service club membership without evidence of a specific contribution to the broader community. (i.e.: the Nominee must serve as a volunteer and perform work with the organization and not simply be a member of the organization);

-  Philanthropy or financial contributions to a charitable organization(s) regardless of the amounts or time period;

-  Donations of blood, regardless of the quantity or time period;

-  Caring for a family member; or,

-  In the case of individuals under 18 years of age, volunteer work within the community that was undertaken to fulfill a school requirement (i.e.: A secondary school student may have received credit for community service in order to fulfill their 40-hour requirement for graduation). Work for which the student has not received an education credit would, of course, be eligible; and,

6.  Shall not be a group, team, organization, corporation or similar entity. Only individuals may be nominated.

How does the nomination and review process work?

1.  The selection process is merit-based and non-partisan.

2.  The Nominator must submit a complete nomination via www.colincarriemp.ca/nominate. Nominations must be received no later than Friday, October 14, 2022 at 5:00pm. With potentially hundreds of submissions from across the riding, the online submission process helps the Member efficiently manage, assess and track each nomination.

3.  All complete nominations submitted to the Member will be acknowledged.

5.  The Member will review each nomination to ensure the Nominee meets the eligibility criteria. Where necessary, the Member's office shall research and/or contact the reference(s) or, if applicable, the volunteer’s organization(s) for verification.

6.  For each successful Nominee, the Member's office will prepare a brief citation that will be read aloud at the Awards presentation.

Nominees will not be provided with the identity of their Nominator.

All personal information provided to the Member's office regarding the Nominator and Nominee in electronic, written or verbal form will be treated as private and confidential. This information will not be shared with any individual or organization save for those circumstances in which additional information about the Nominee or their work may be required.

Can I tell the Nominee about my submission?

Nominators are urged to refrain from notifying the Nominee in order to avoid disappointment should the individual not be selected to receive an Award.

How will recipients be notified?

The Member will notify all successful recipients by telephone, mail and/or electronic means in late October or early November.

When will the Awards be presented?

The Member will present the Awards at a special event to honour the recipients and their families in Oshawa during November 2022.

Does this Award replace the Platinum Jubilee Medal? 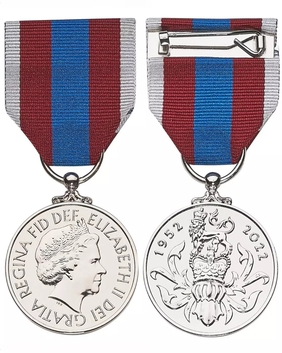 A commemorative pin and certificate cannot replicate the presentation of a decoration, medal or award within the Canadian Honours System or the significance of one's investiture into a national Order.

For reasons which still remain unclear, the Trudeau government opted not to establish a Queen Elizabeth II Platinum Jubilee Medal program at the national level – a disappointing and very unfortunate departure from a century of established practice. The Trudeau government also decided against awarding a medal to deserving Canadians to mark 150th Anniversary of the Confederation of Canada in 2017, a departure from established national tradition in 1967 and 1992.

Yet despite calls for a national program from thousands of Canadians and several national organizations including the Royal Canadian Legion, many volunteer organizations and Veterans' groups, the current Liberal government chose not to follow suit.

Nevertheless, with just 50 individuals eligible to receive a Platinum Jubilee Award in the Oshawa riding (and a similar numbers of awards to be presented in most of Canada's 337 other federal constituencies) it's Colin's hope that this recognition program goes some distance in recognizing individuals who have given freely of their personal and family time to support others in our community through sustained long-term service or an important one-time voluntary effort.

Nominations have closed. The submission deadline was extended to Friday, October 28, 2022 at 5:00pm. More than 200 nominations were received. Thank you to every individual who participated. The successful nominees will be notified in mid-November.