This survey takes just 2-3 minutes and is open to constituents until Tuesday, January 31, 2023. Responses from outside the Oshawa riding are welcome but may not be acknowledged as I must prioritize communications with local constituents.

This survey has closed. I'm grateful for the thousands of responses from Oshawa's constituents. Please remember that responses from outside the Oshawa riding may not be acknowledged.

Is the new two-tier OAS system fair to Oshawa’s younger seniors aged 65 to 74?

N.B.: Responses from individuals residing outside the Oshawa riding (i.e.: elsewhere in Durham Region or beyond) will not be acknowledged or included in the dataset. 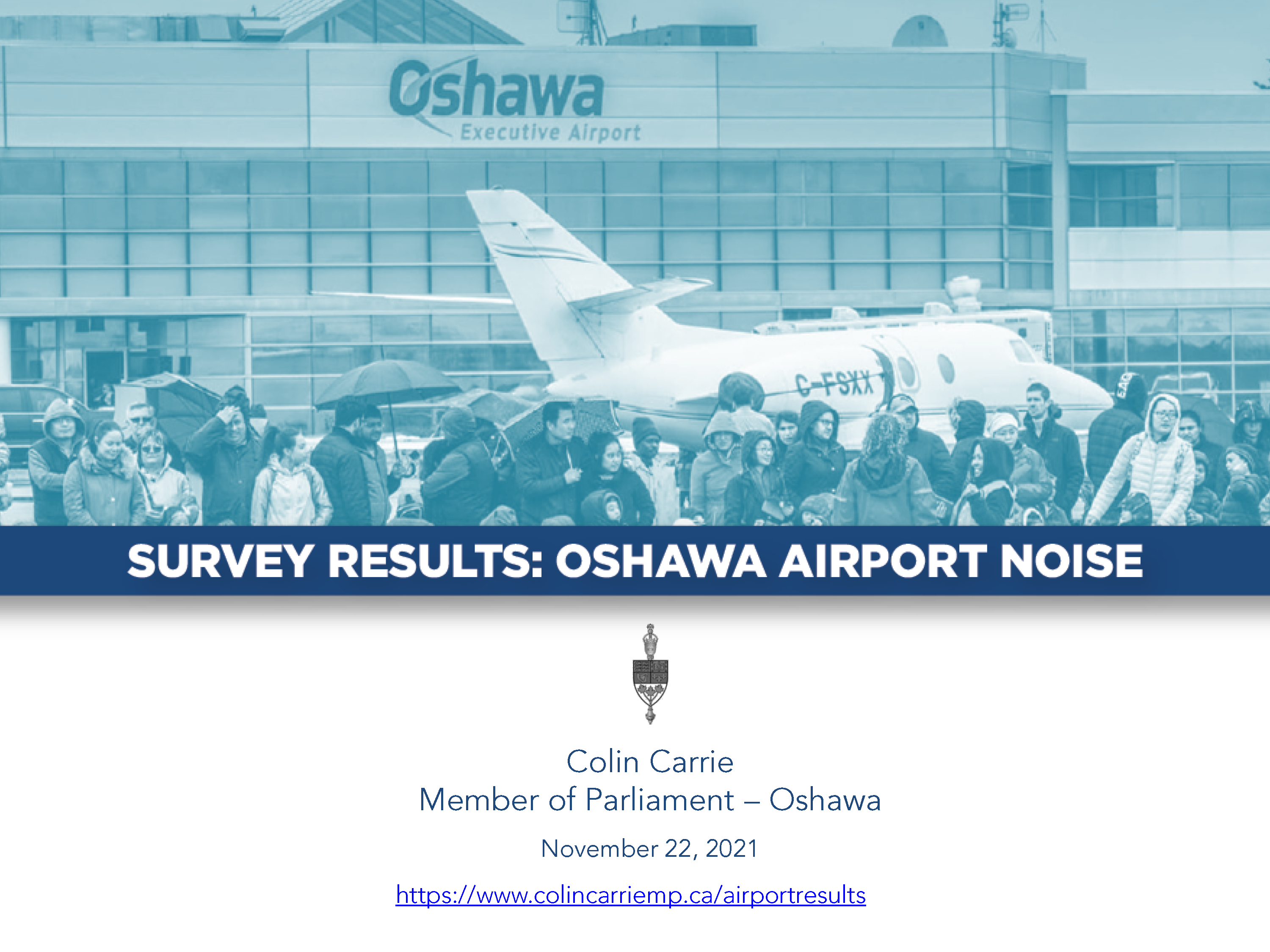 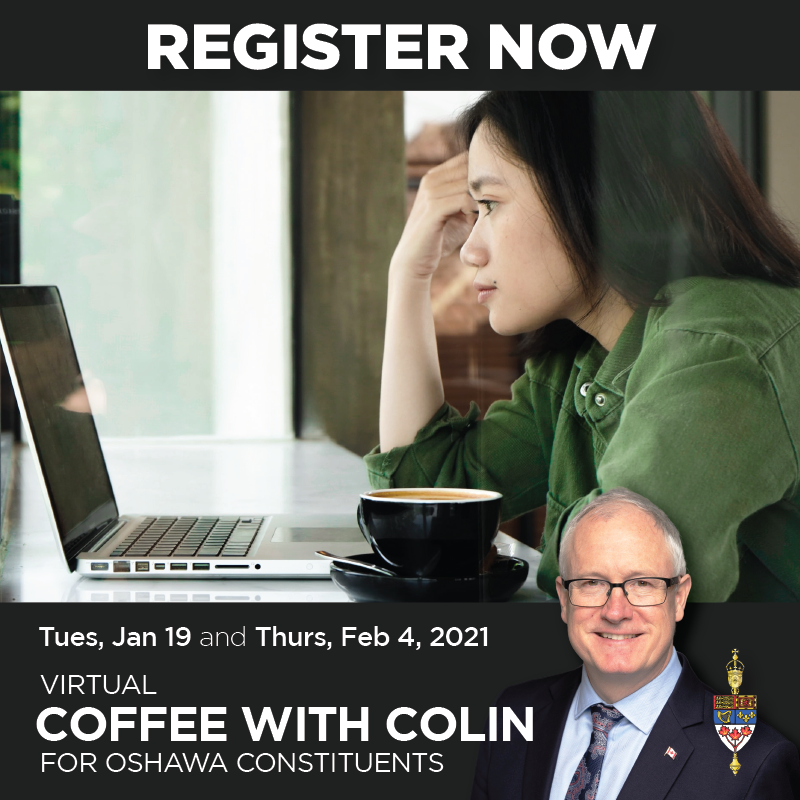 These Zoom-based online meetings are a great opportunity to get together with constituents and discuss concerns with federal issues, programs, policies -- and politics in general. 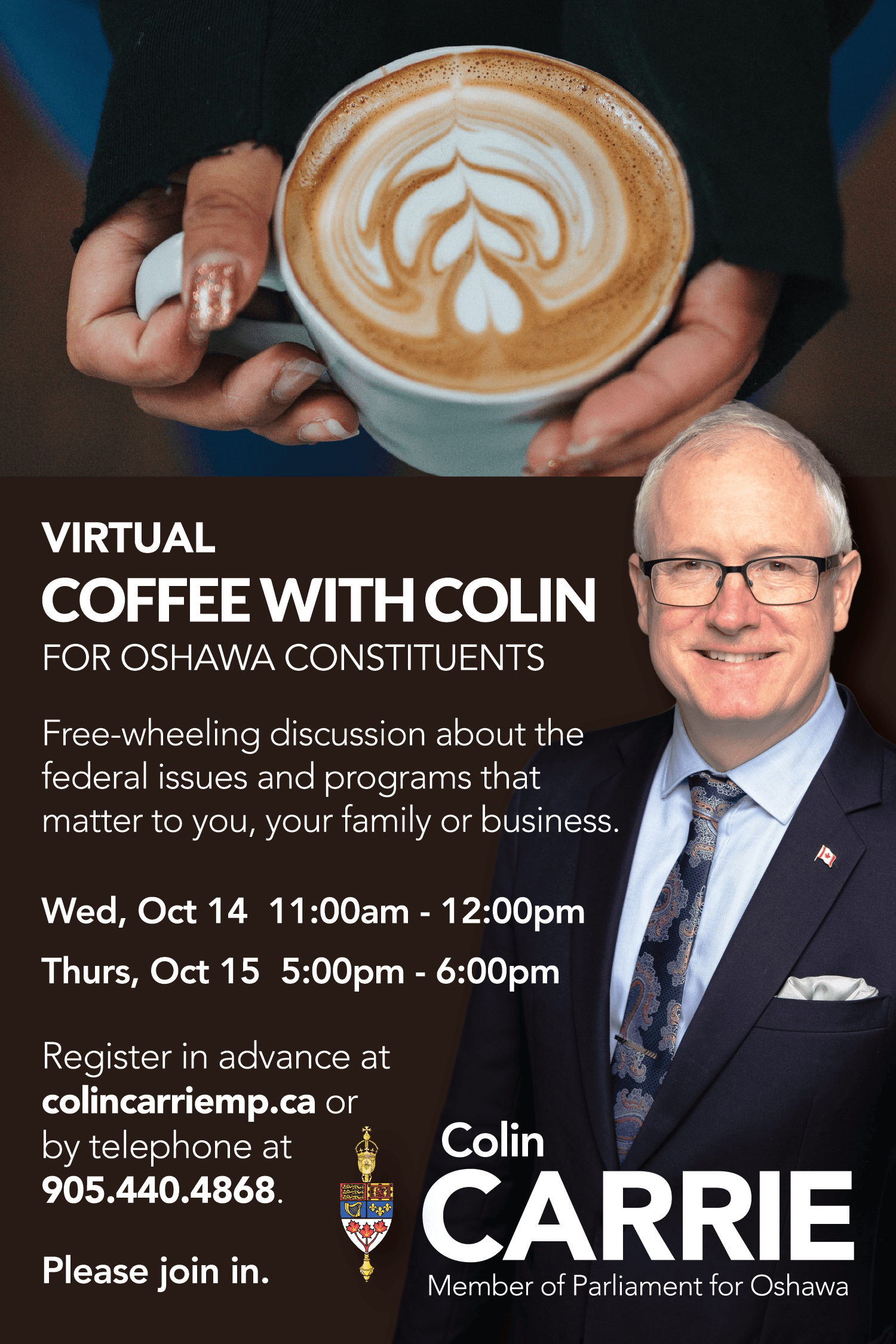 These Zoom-based online meetings are a great opportunity to get together with constituents and discuss their concerns with federal issues, programs, policies -- and politics in general.

Out of an abundance of caution the House of Commons recently adopted a motion (based on a recommendation from the Board of Internal Economy) that the House remain suspended until April 20, 2020.

Invite Colin to Your Event

If you are an Oshawa constituent and have issues with a federal program or service, please complete this form. One of my Constituency Assistants or I will reach out to arrange a discussion or personal meeting.

If you are not an Oshawa constituent (i.e.: you do not reside Oshawa electoral district which is comprised of the entire portion of the City of Oshawa lying South of Taunton Rd), your response will be de-prioritized or set aside. My office must, at all times, focus on assisting local constituents.

In cases where your request is time-sensitive (i.e. you require Passport assistance), please call my office directly at 905.440.4868 during regular working hours or send a note to [email protected].

For all casework, we will require your personal information and case details. You will be contacted to sign an authorization form as we require your permission to contact federal agencies and departments on your behalf.

Please bear in mind that we handle high numbers of enquiries from Oshawa constituents on a daily basis. We'll do our best to get back to you within 24 to 48 hours. We are closed on weekends and statutory holidays.