IMPORTANT: If you do not reside within the Oshawa riding, my office cannot provide you with flags, pins or other promotional materials. Instead, please make a request through your local Member of Parliament's office.

If you reside north of Taunton Rd in the City of Oshawa, you are a constituent in the Durham riding. Please contact your Member of Parliament, Erin O'Toole.

If you live outside Oshawa please search for your MP here.

My office has a very limited supply of Canadian pins and flags on hand. These are available to Oshawa constituents only on a first-come/first-served basis.

Please submit your request below and a member of my team will be in touch to arrange contact-free pick-up. We cannot send pins to constituents via regular mail.

The House of Commons provides each Member of Parliament with an annual budget and funding to support his or her Parliamentary duties.

Members' budgets are set by all-party House committee known as the Board of Internal Economy (BOIE). This Board is chaired by the Speaker of the House of Commons, currently the Hon. Anthony Rota (Lib, ON).

Operating funds are provided to cover the salaries of each Member's Constituency and Hill employees, constituency office operations (including rent and utilities), Member's travel to and from the constituency, promotional materials (flags, pins), limited local advertising and communications, including printing, postage.

My expenditure reports are published regularly and available on the Board's website.

To view current or past disclosures, select the appropriate financial period from this list then click on "Expenditures by Member". Once list of Members loads, simply check the box beside my name (CARRIE, Colin) then click "Next" to view the most recent detail.

Dr. Colin Carrie DC MP is the proud son of a career Royal Canadian Navy officer. His family settled in Oshawa when Colin was 15 years old. A graduate of RS McLaughlin CVI, Colin earned a bachelor’s degree in kinesiology from the University of Waterloo and graduated from the Canadian Memorial Chiropractic College as a Doctor of Chiropractic in 1989. After graduation, Colin returned to Oshawa where he established his practice and raised his family. Colin and his wife Elizabeth have three children. 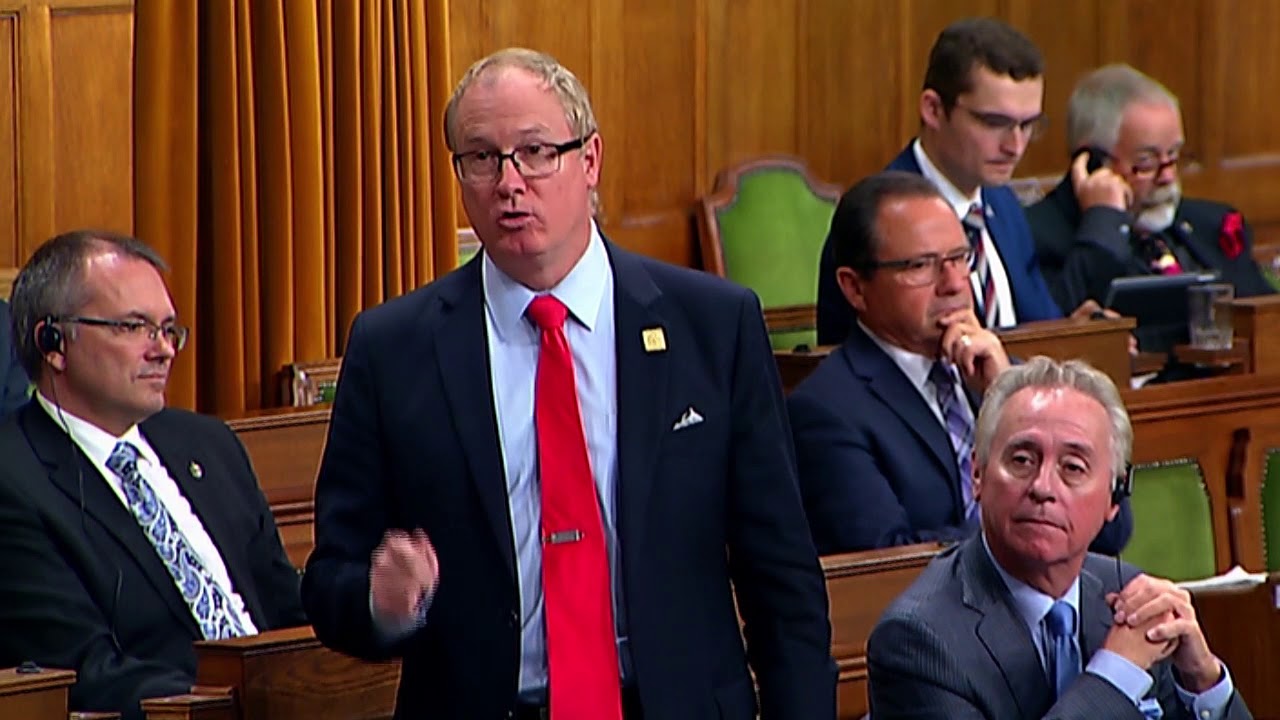 Colin has always been deeply involved in the communities of Oshawa and Durham Region, having served as a member of the Durham Chiropractic Society and volunteer with several other organizations. Before entering Parliament, he co-owned and operated one of Durham Region’s leading chiropractic and wellness clinics.

Colin was elected to represent Oshawa for the first time on June 28, 2004, winning a hard-fought battle in Canada's most competitive and exciting three-way race. He was successfully re-elected in six tough general elections, many of which were fought against well-known Canadian public/private sector union leaders and well-funded special interest groups: January 2006, October 2008, May 2011, October 2015, October 2019 and most recently, in September 2021 -- tying former MP and federal NDP leader Ed Broadbent's record of seven consecutive federal wins in the riding.

Growing up in Oshawa meant spending his summers working in Oshawa's General Motors plants. This experience, coupled with his dedication to our community, lead Colin to create the Conservative Automotive Caucus shortly after being elected. During our former Conservative government's minority (2006-08) and majority (2011-15) governments, Colin had the privilege of serving as a Parliamentary Secretary in three busy portfolios: Industry, Health and Environment. He was a pivotal part of the process that lead to the creation of the Rouge National Urban Park, the first National Park to be established within a local Canadian municipality.

In recent years, Colin has served as the Conservative Party's Shadow Minister for Canada-U.S. Relations and the Federal Economic Development Agency for Southern Ontario. In the 42nd Parliament he served as the Shadow Cabinet Secretary for Canada-U.S. Relations. He continues to be deeply involved in all aspects of our national and international industrial, trade and regulatory issues. He has remained a tireless supporter of our local and national manufacturing industries since his election to Parliament and is a long-time advocate for several important health-related issues including autism, obesity, natural health products, Hepatitis-C victims, and families affected by Fetal Alcohol Spectrum Disorder (FASD). He is currently serves as a member of the House of Commons Standing Committee on Veterans Affairs.

In the 42nd and 43rd Parliaments, Colin worked very closely with several brave Oshawa-based survivors of human trafficking to advocate for new measures to stop its scourge in the Oshawa and Durham areas (and farther afield in Canada) by introducing Bill C-461, An act to amend the Criminal Code and the Judges Act (trafficking in persons). C-461, which Colin will help to reintroduce in the new session of Canada's 43rd Parliament, will again propose to amend Canada's Criminal Code to clarify what constitutes exploitation for the purpose of establishing whether a person has committed the offence of trafficking in persons. In addition to amending Canada's Judges Act to ensure that training provided for the continuing education of judges include seminars on trafficking in persons, C-461 would see Canada align its laws with the United Nations-adopted Palermo protocols (2000) on the prevention, suppression and punishment of individuals trafficking in persons (especially women and children). Further, Colin's Bill proposes to remove any requirement for a Crown Attorney to prove that a victim of human trafficking fears the accused in order to obtain a conviction which, sadly, is rarely occurring in our country's recent legislative context.

On the closely-related matter of victim's rights, Colin has, over the past six years, worked closely with several Oshawa and Durham-based criminal justice and victims rights advocates, including Oshawa's own Lisa Freeman, whose father was murdered in Oshawa in the early 1990s, to push for stronger measures which ensure that victims of crime and their families are not adversely impacted by Canada's troubled corrections and parole systems.

With 18 years of parliamentary experience and buoyed by a spirit of optimism and goodwill, Colin continues to work hard for Oshawa's constituents in Ottawa.